im going to a strip club tonight for the first time!

ok, derek told me i fail at livejournal.  butttt if its any conselation i check it everyday to read pages!!!

nothing new, same old.  i would probably update mopre if i had an interesting life.  i just went to walmart?  i got a new trashcan?  YAY! :)

sooooo yeah exciting.  I am going to bake today!  i am going to make red velvet cake balls. you make the cake as directed, crumble it all up in a bowl and mix it with the cream cheese frosting and then make them into balls and dip them into chocolate. then you freeze yummy!!!!!

yo. spaghetti for dinner. delish.

going to lavon tonight with matthew.  sit on the back porch smoking and drink beer and talk about old times when gas was $1.30 and pluto was still a planet.  good times will be had.

lots of errands for tomorrow.  lunch with the daniels family for matts dad's bday and farmers market and sprouts and post office and banks and hopefully robbins brothers. but i wont get my hopes up

I've been doing tonssss of research lately on buying a house.  Matt and I are hoping to move sooner than later, I'm thinking a year or less.  So far we have been budgeting and saving, and so far we have 50%-60% of the amount I'd like to have for a down payment.  Its so scary though, there is so much to consider with 15 or 30 year loans and 80-20 and school districts and foundations and ahhh.  I think we can afford up to $140k home but I think we want to shoot for alot lower, probably under 100K for our first home.  I didnt realize how low a mortgage payment could be though, not too far off from what you'd pay in an apartment for our family size.  So basically I need to clean up my credit with the little things here and there and I want to try and establish some credit with a gas card or something.  Matt has excellent credit so we shouldn't have any problems getting a low interest rate.  It's a buyers market right now so I am just trying to be informed as possible.  I think we are going to start taking to banks and realtors soon.  Yayyy for being a grown up!  :) Advice??

i ate a really good sandwich today at subway

but it was delicious.

i jsut watched fantastic four, not too bad.  i realy liked it, i think that im starting to get into superheros because of ender.  its cool though, ill be the bad ass mom that gets him comic books and the latest action figures.  :)

so i get up this morning and i didnt have my glasses and i went to take my morning piss, and i sit down do my thing in the dark and after i flush im still sitting there and water and sewage and nasty is flowing alll over my feet and the toliets running and running and i cant see and i started yelling and teh whole bathroom flooded and it was gross so i threw my bathtowels on it and went to work.  AND i callled maintence and when i got home seven hours later my mom said they didnt even come by to fix anything, BUT they came and left a notice on my door that i owe them nineteen dollars.  THE FUCK? but its okay, the bathroom is plunged and pinesoled everywhere and moped and sanitary now.  good times.  so tomorrow i have off and i havent decided what i am going to do yet, but it must be constructive.  id ont know what yet and if i dont figure it out in the next fourteen hours i am going to get overwhelmed and end up sleeping all day.  oy.

whooa im starting to kick ass at this journaling thing! but i keep in mind that my posts are really sucking and really boring.  but i have to start somewhere??!

soo matt went out to his parents house in bfe to spend tonight and tomorrow with the folks,  i unfortunately have to work in the am. but its ok, absence makes the heart grow fonder? or something?

so we had a blast at the zoo.  ender was scared of the big animals.  he would take one look and run to the stroller yelling "all done! all done". he really liked the monkeys and the zebras and the elephants.  we kind of had to rush though and matt  and i didnt get a chance to read all the information plaques to learn stuff, but we plan on making it a monthly think to take the kids out on cultural excursions.

i have no idea what to do.  i have the night to myself, but i dont have any pressing projects or anything.  i could do laundry? how fun is that. :) 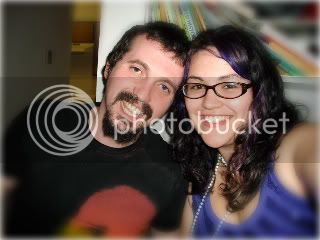 sup.  so we didnt go to matts parents house, he got off work really late and we decided to stay home. i had a minor breakdown due to the severity of the schedule change. but i got over it :)  me and mattie and laura and alex and bina all played apples to apples and matt and i got our moderate responsible drink on. it was really fun!

last night we were all outside smoking and ender opens the door and motions to all of us and is going CMON GUYS CMON WATCH TOYSTORY and he started getting really upset because we told him to wait a few minutes, and he goes EVERYBODY ANYBODY CMOOOOOONNN and like fell down in a collapsed heap it was so adorable. hes so my kid.

ahh chaos.  i just walked in the door and there is so much to do tonight, but i am going to perservere with this journaling thing.  my keyboard still sticks though, it makes typing quickly not happen so much.

buttttt tonight i have to clean out my car, load it up with diapers and strollers and cribs and toys and hopes and dreams and get myself and the kids bathed and ready by 9:30 when matthew gets home. we are going to stay out at his parent's house in lavon.  it is so peaceful out there, you can see stars and stars and planets and stars and galaxies and its quiet, except for the coyotes and the cows.  its really nice outside too so we can sit out on the big porch and smoke cigarettes and count shooting stars and talk :)  i love it.  his parents are the sweetest people too... its awesome, most people judge me and judge matt for dating me because i have children so young, but they have completely opened their home to us and have accepted them like their own grandchildren since day one.  i now know where matt gets it from.  i definatley need to pick up some parenting techniques from them. and tomorrow matt and i both have the day off so we are going to take ender and elle to the zoo. i  dont know if we are going to go for dallas or fort worth, dallas is obviously closer but ft worth is so far and is 9 dollars more, but has better exhibits.  we'll see. and i plan to take many many pictures.

well ender is throwing a tantum and alex is throwing kj around and trinity is crying about something and eleanor is in the bouncer laughing and bouncing her ass off.  i think ill go hang out with eleanor.  :)  deuces
Collapse